If you enter the walled city of Kotor using the Sea Gate (i.e. West Gate) entrance, you will immediate come across an attractive town square with an old clock tower.

Construction of the Baroque and Gothic styled clock originally began in 1602.  It was subsequently rebuilt in 1979 following an earthquake. 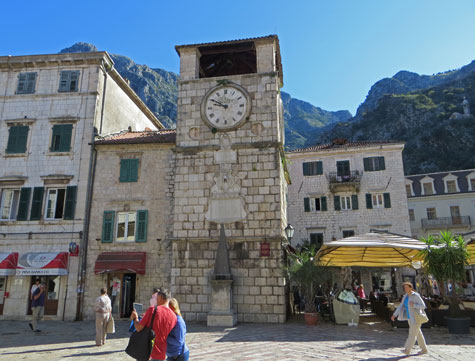 The Kotor City Clock Tower is one of several landmarks in the town of Kotor.